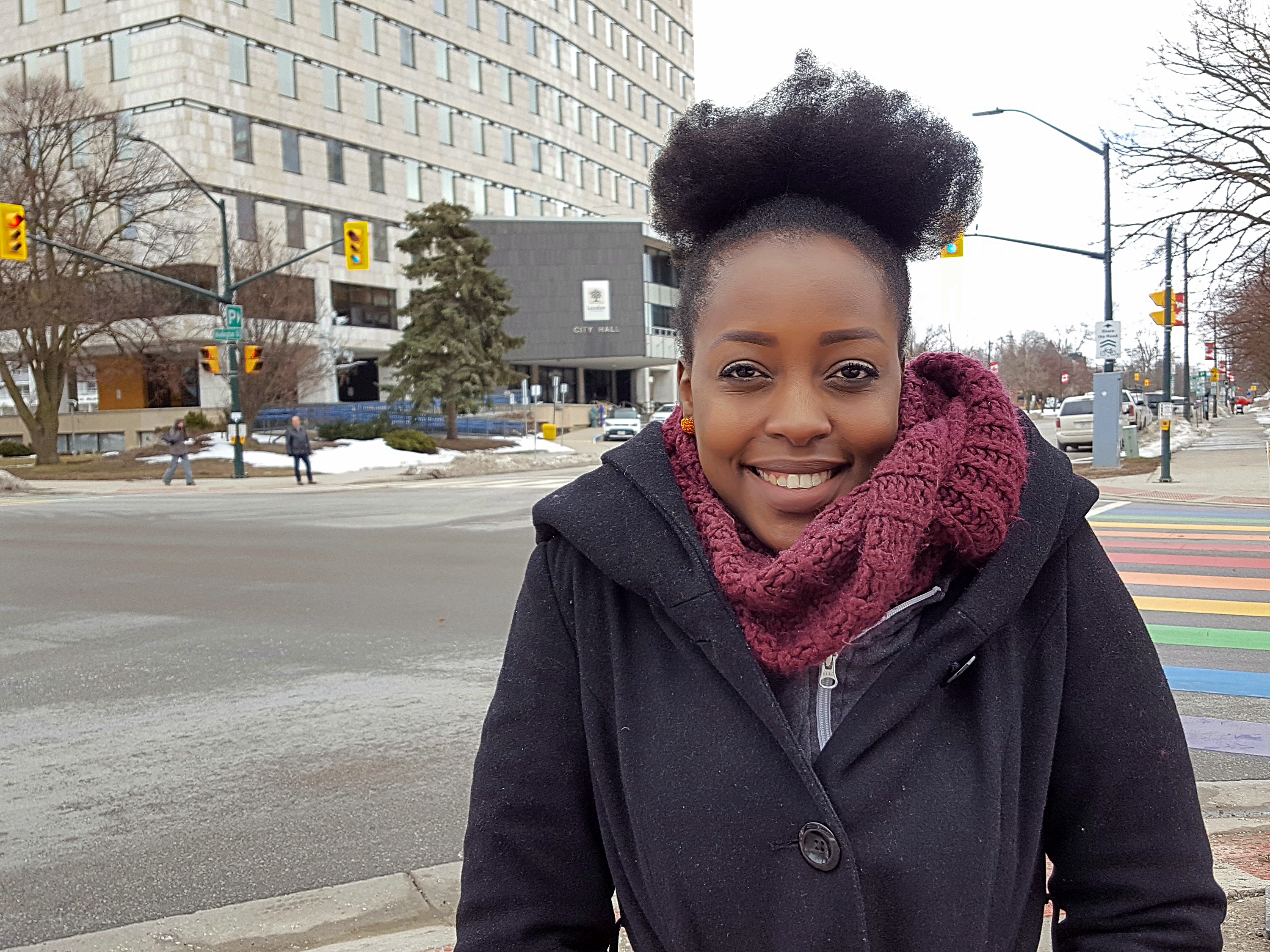 Maybe it was growing up in Burundi, a country torn apart by civil war, or maybe it was just always in the back of her mind, but politics has always mattered to Arielle Kayabaga.

As a young girl, perhaps just five years old, everything around Arielle was politicized, from school to her friends, and so she was keen aware of its importance to everyday life.

When she came to London in 2002 at age 11 (her family had immigrated first to Montreal), she never pictured herself as “a Canadian politician,” but she gained a taste for the idea by first running for her school’s student council, but then by joining the Young Liberals and later volunteering in MPP Deb Matthews office when she was just 15.

“Canada wasn’t my home, but I had every intention of making it so. I’ve been involved in politics ever since,” said Arielle, who left London briefly for Ottawa and Carleton University where she studied political science, with a minor in African studies, before returning.

She had to leave the course early on after losing her job and being forced to “focus on other stuff,” but Kate reached out to encourage her to stick with her political interests.

Kate, she explains, never made her feel excluded, which she said transformed both her life and her way of viewing London — a city she feels that can be “very conservative” and one in which the black community doesn’t always have “such a great relationship” with.

That is why one particular conversation she had with Kate always sticks out in Arielle’s mind. It also speaks to why she believes Kate has what it takes to be the next MPP for London North Centre.

“I remember a conversation one day when she asked, 'how can I help you; how can I be there for you?’ I had no answers for her at that moment because I didn’t expect that question to come up,” Arielle said.

Arielle explains she isn’t voting for Kate because she’s a Liberal, but rather because she is the person she represents herself to be. What she’s accomplished in the community, how she cares about diversity and inclusivity, are all things Arielle said speak to Kate’s qualities as a person.

Given her belief Canada can use “more young, innovative women” in politics, she doesn’t think Kate’s gender, age, or lack of experience as a politician should work against her.

In fact, it should work in her favour.

“If I was to give Kate any advice it would be to stay who she is. Don’t be like anyone else. If people vote for you, they do so because they believe in you and don’t want her to be anyone else,” Arielle said. “I would tell her not to blend in. Don’t be like everyone else. Don’t be brand, be who you are, be a human being. And I think she’s going to do just that.”