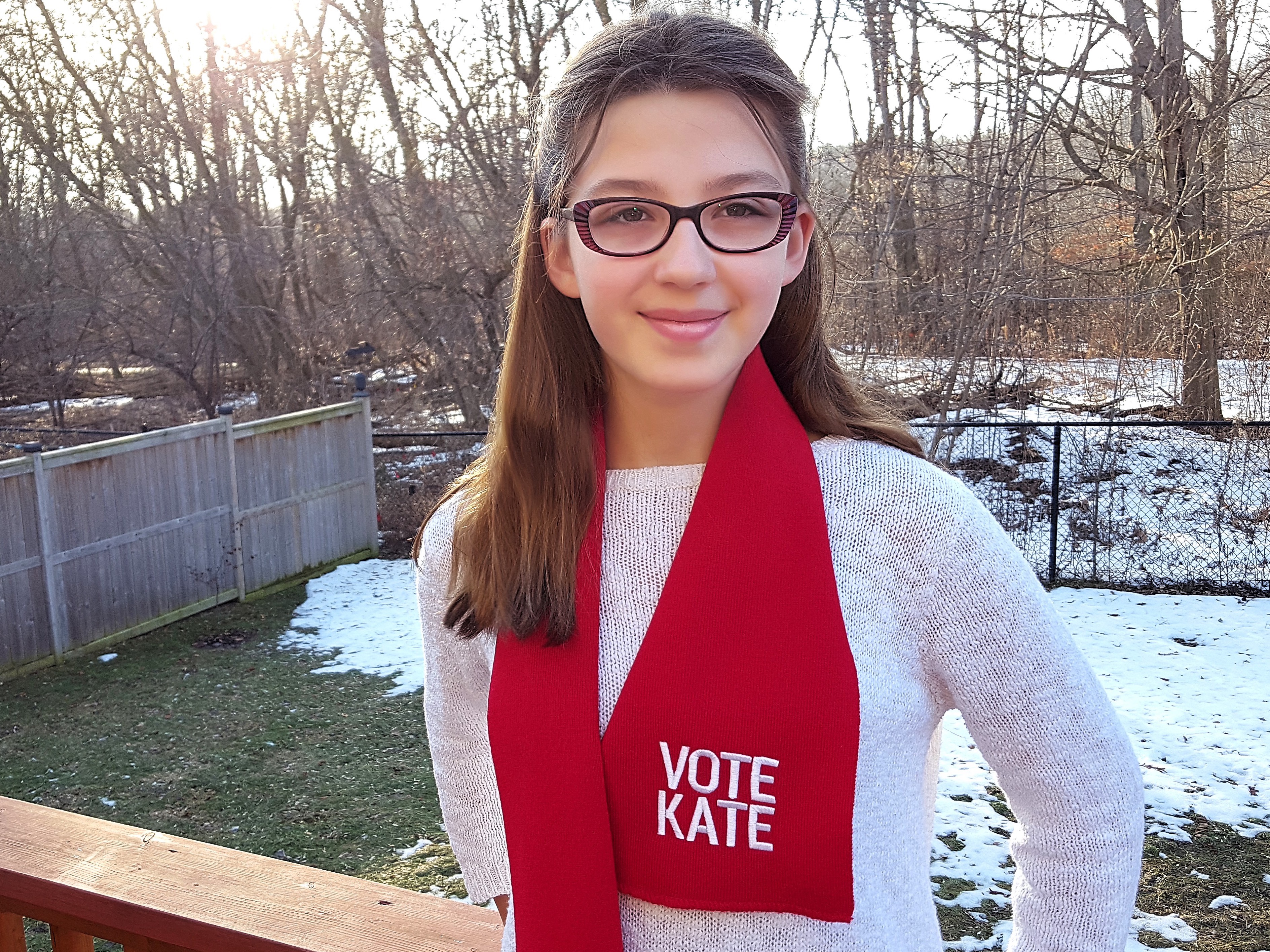 It can be a challenge to include young people in the political process, but for 12-year-old Emma H., it’s a choice that simply makes sense.

“A few of my friends are interested in politics, a few others don’t think it is anything special or important,” she said. “I really do think if they got to know Kate and other really good political leaders, it would change their minds about that. We’re the next generation, we’re going to be the new voice, so it’s important young people get involved.”

Kate, is of course, Kate Graham, a woman Harmos has known for nearly two years.

It was actually Kate who got Harmos involved in this upcoming provincial election when she invited her to join her campaign team as she runs for the Ontario Liberal Party in the riding of London North Centre.

Having known Kate on a personal level for some time, Emma said she immediately saw in the educator, city builder and former City of London staffer, the qualities that will make for a strong MPP.

“She’s an amazing leader, she has such a positive energy, she’s so intelligent; I just know she is going to do an amazing job,” she said. “I knew she really wanted to make a difference for London, for the people of London, so I just knew she would run somewhere. She’ll be good at this because I think the fact she knows London, she knows the people, and she knows what she can do to make London a better place.”

There are several issues Harmos would like to see her friend champion as MPP. Supporting education is important, attracting quality jobs is another step in making London, and Canada in general, a better place, but the environment is a significantly important issue for Harmos.

Her passion for London might surprise some given her age, but Emma said it’s just the way she’s grown up and she’s never been shy about sharing her opinions.

With that in mind, she has some advice for her friend as she continues out on the campaign trail.

“What I would tell Kate is to never give up. Some people, at least that I know, they try something and if it doesn’t work out they just move on. Kate is persistent, and I think she should use that,” Harmos said. “She’s going to use that quality in politics and she’s going to do great.”

Emma said she thinks it’s important everyone gets involved in politics, whether they are of voting age or not.

But for those who are eligible to vote, she said it’s important they do so.

“People need to realize the person they vote for in an election is going to be the person speaking for them, will be voicing their ideas,” she said. “They will be the person who changes things for the better or worse.”

Since she’s a few years away from voting herself, Harmos will stick to involving herself in politics wherever she can.

“I haven’t been knocking on doors yet, but I’m going to be doing that,” she said. “I think that’s going to be fun. It will be a good way to interact with people who know what they’re doing, ask questions, and hear their stories.”

>>>Thank you Emma for your support! You can join Emma on #TeamKate and volunteer on a canvass or help in other ways by signing up now.