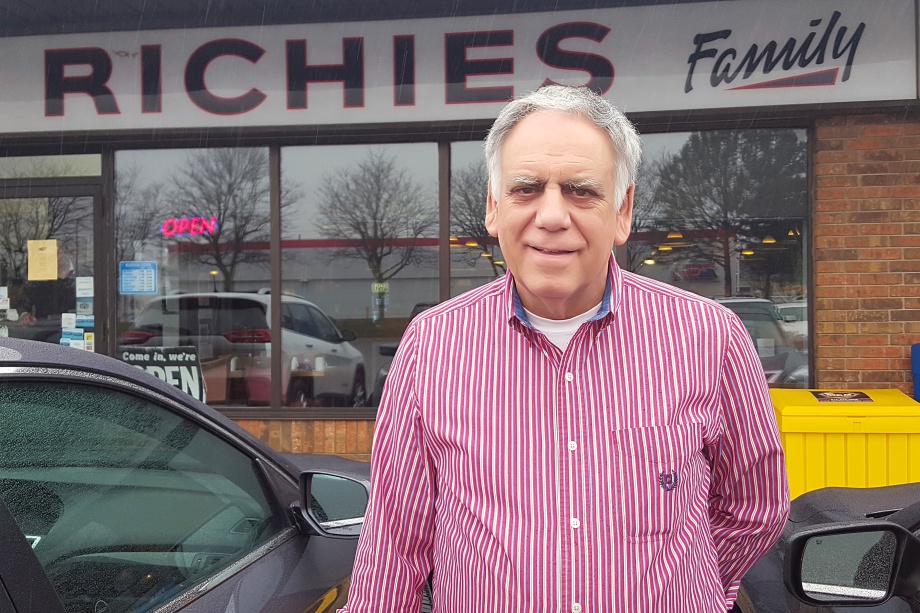 Gus Economopoulos has always been interested in talking politics, a desire that has come in handy as he has chatted up customers from just about every political stripe over the 28 years he’s owned Richies Family Restaurant.

“All my life, it was my interest in the way democracy works,” Gus said. “Every four years you have a choice about changing the government if you think they’re not doing a good job or keeping them on if they’re doing a good job. As a businessman too, you’re always paying attention to what’s going on.”

In the restaurant business, Gus is used to having customers coming in who hold varying political views. And like any good host, he’s more than ready to interact with all of them.

That conversation is an opportunity he readily admits to learning a lot from.

“The thing is, people from all parties, all political ideas come here. I enjoy speaking to everyone and getting all their opinions,” Gus said. “This is very much a neighbourhood place where everyone can come in and share their thoughts.”

It wasn’t just civic-minded customers Gus would have political chats with as his staff were also involved.

Kate, who will be running under the Liberal Party banner in this spring’s provincial election, started working at Richies as a 17-year-old high school student and continued on through her Western University days.

Once Kate graduated and got a job at the City of London, she moved on from the restaurant, but the two have maintained a close relationship.

“The first thing that struck me about Kate was we used to have politicians from city hall come in all the time and she was always asking me about them, who they are, what they stood for,” Gus said. “Sometimes Kate and I would discuss politics. Sometimes we disagreed, sometimes we agreed with each other, but she always liked to talk about politics. I’m glad she’s getting a taste of it.”

Gus explains he always knew Kate was interested in politics, but he didn’t expect she’d get so involved so quickly.

That being said, Gus said he thinks Kate “has the personality for it,” because she’s always open to discussing different ideas while always offering “a very personal touch,” and a smile on her face.

While he said those qualities make Kate “really fit to be a politician,” he does recommend she push that positive approach into the community as much as possible.

Given the growing sense of negativity surrounding politics at all levels, especially over the last few years, Gus recommends his friend get out often and push her agenda to the wider community as much as possible.

After all, Gus said the biggest problem he sees with politics today is how politicians have a tendency to tell the public why the other candidate is a bad choice without explaining what it is that makes them the right one.

“In politics everything is name recognition and she might not have that right now. So, she has to get out there and make sure people know who she is, what she’s going to do,” Gus said. “Sometimes people have a recognized name and have a chance to win based on nothing more than that. This election is going to be very competitive, but Kate can do it. She just has to get out and tell people who she is. Once people see her, learn about her, they will know they can trust her.”

>>>Thank you Gus for your support! You can join Gus on #TeamKate, and volunteer on a canvass or help in other ways by signing up now.