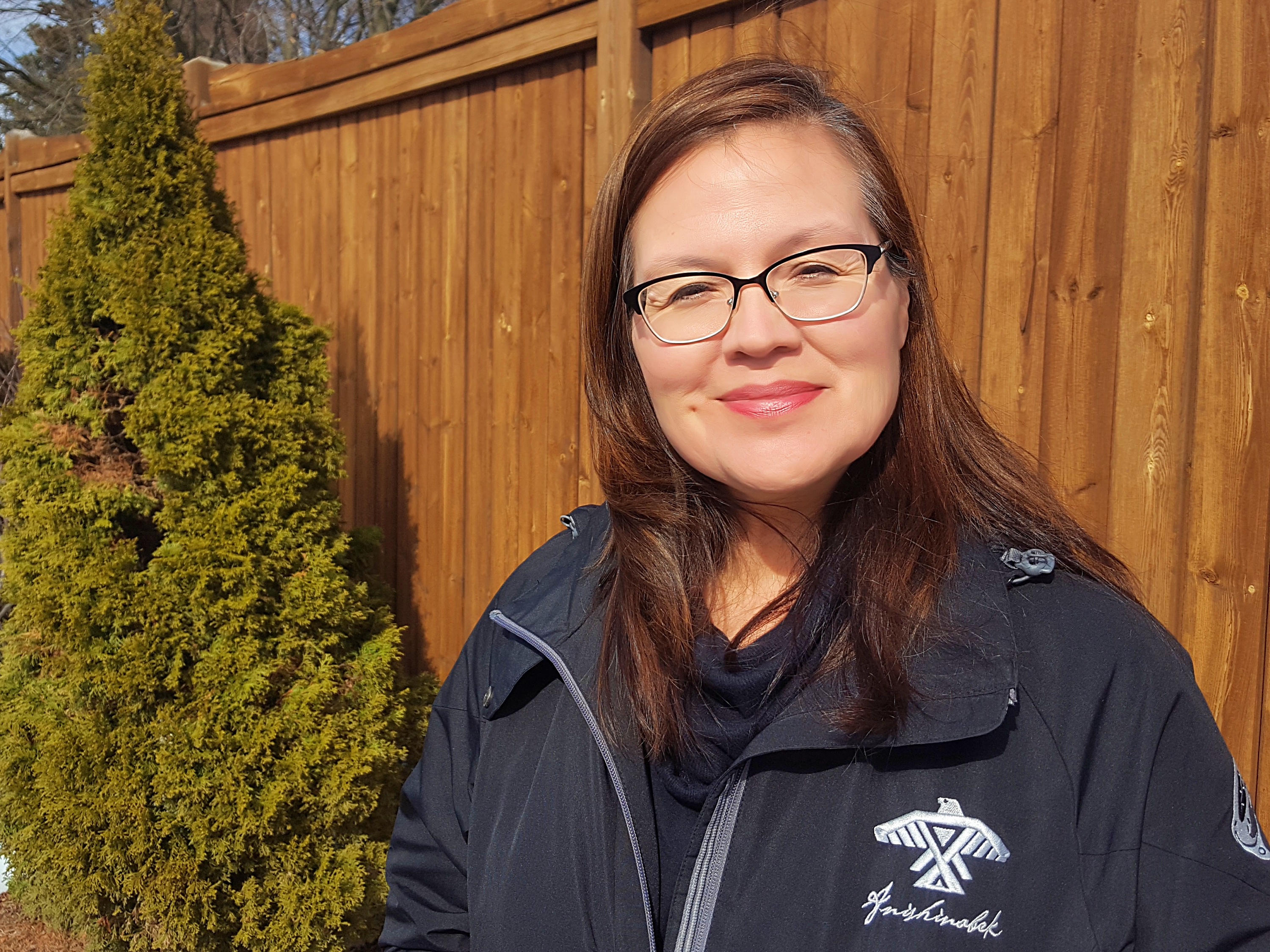 When it comes to knowing the ins and outs political engagement, few people have had the experience of Leslee White-Eye, particularly as her role models it were found within her own family.

“I was raised in a home with a political councillor who was elected at Chippewas of the Thames First Nation for 38 years,” Leslee said. “He served as a local, elected councillor, so I’ve lived around a table that talked about the issues, lots of long conversations about community development. So, I know the importance of people being civically engaged in their communities to make change.”

Leslee eagerly admits to following both her mom and dad’s model of working actively in the community.

So much so, in 2015 she became the first woman elected to serve as chief of the Chippewas of the Thames First Nation.

But although only a select few will be a chief, she explains many people become involved in civic engagement through giving of their personal time in an effort to “make big differences” in their communities.

Leslee acknowledges political engagement can be challenging in today’s world.

That can be especially true for those who may not be able to engage in a public forum through speaking to a council or committee. However, she adds they can still find their voice through the use of social media.

If they actively engage and use social media thoughtfully, it can be a great tool.

On the other hand, Leslee said the big negative of today’s process is it creates “backseat, surface viewers of political activity” and often times what is seen on social media is the tip of the iceberg in terms of the complexity of an issue.

It is with that sense in mind that Leslee said Kate Graham will make an excellent MPP.

Leslee first met Kate — who is running in London North Centre under the Liberal Party banner in the upcoming provincial election — during work between the City of London and the Chippewas of the Thames First Nation.

Kate was a city staffer, working to build relationships between the city and the nation. She attended meetings with Leslee, the mayor and city staff and quickly made an impression.

“Kate brings a real thoughtful approach to the work. She’s careful . . . is someone who listens really well. She actively seeks to understand, which is an essential skill in politics,” Leslee said. “And she isn’t afraid to go deeper and ask those political questions before coming to her own conclusions.”

While some may consider Kate’s gender, her age, or lack of political experience to be challenges, Leslee said she sees them otherwise.

The reality of the current political climate, she explains, is the expectation that if a woman is “going to play ball,” they need to do so by “men’s rules.”

Those rules, she adds, need disruption.

“I would offer the advice to Kate that way she conducts herself is more than adequate to get the right decision done and she shouldn’t change her ways or think she has to be someone different to get her point across,” Leslee said. “I think she has that thick skin . . . but there are pros and cons to it. It’s not always the shield we think it is. If she stays true to herself, her commitment to community involvement, that’s the only shield she needs.”

>>>Thank you Leslee for your support! You can join Leslee on #TeamKate and volunteer on a canvass or help in other ways by signing up now.