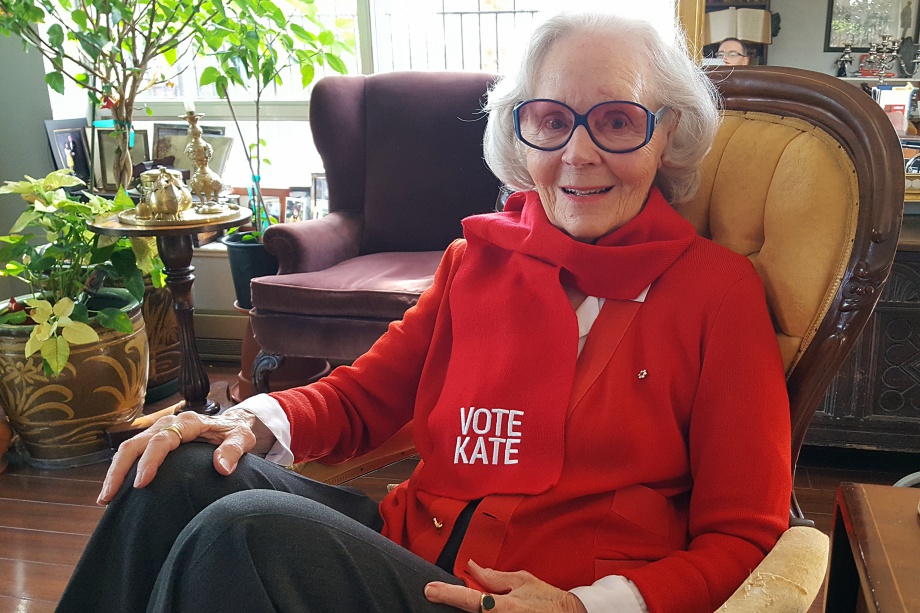 Nancy Poole has grown up with a strong connection to the political discourse of the Forest City.

The foundation for Nancy’s life-long involvement in politics stems from the talk that typically took place around the dining room table.

Nancy recalls her father’s insistence the dining room table was a place for conversation and discussion.

It was either history — Canadian or British — or politics. It was more history, she said, but the history would often move into a political sphere.

Nancy, who turns 88 this May, is also quick to praise the “quite remarkable teachers” she had growing up. During the Second World War, for instance, she recalls their insistence on having daily conversations with the students in the classroom around what was going on in the world.

From there her father would often explain these topics in political terms, something she eagerly admits to being “very fortunate” to receive.

Thanks to that early involvement, Nancy — who proudly describes herself as “a devoted Liberal” — has always kept up on the local political scene.

That connection introduced her to Kate Graham who is running under the Liberal Party banner in London North Centre in the upcoming provincial election.

Although she’s not known Kate for long, Nancy said her name came up about a year ago in a conversation with two young women she was with.

She asked them to tell her more, which they did, and she came away “very impressed.”

That said, what she learned only wanted her to find out more.

As soon as Nancy discovered Kate might be letting her name stand for the party nomination she became interested in finding out more about her. She was particularly impressed when she learned Kate worked on getting her PhD in political science while continuing with her job at the City of London.

That told her “a great deal about this young lady,” but what really impressed her was Kate’s view of the world.

“Kate has a lovely optimistic outlook. Being a glass-fuller myself, I’m always pleased to encounter another one,” Nancy said. “I think it’s terribly important in politics to have that kind of personality. It’s always very demanding and sometimes it can be really challenging. Unless you’re optimistic, it can be depressing, and Kate will never fall into that trap.”

Nancy readily admits to having been “advocating for women since the ‘50s,” and as such she has no concern about Kate’s gender and is quick to add her age shouldn’t be a barrier either.

She quickly pointing out many young women bring to the table things young men don’t understand. They bring, she explains, “a kind of wisdom through the experience of being a woman.”

In addition, while others might be concerned about Kate’s lack of political experience, Nancy doesn’t see that at all.

“No, she hasn’t been in an elected position, but she has been at city hall and she knows how politics works,” Nancy explains. “I don’t think there is any school better than municipal politics to teach you the ground rules – civility, being a good listener, and caring about your community. I can check off all those boxes for her.”

>>>Thank you Nancy for your support! You can join Nancy on #TeamKate, and volunteer on a canvass or help in other ways by signing up now.